œEverything you need to know about rock guitar

“I studied with Jimmy for about two years and I can tell you this: Whatever you want to know about rock guitar, Jimmy will show you. Even more important is that he has a method that ensures that his guitar skills will translate to YOU as opposed to just sitting around watching a “show off session” as I have encountered with past teachers. Cypher gives you a work out like a boot camp sergeant and has you playing the guitar for most of the hour. He’s also a very honest person and doesn’t try to string you along to simply get more money out of you. He gives you all the material you want and then some! What really stands out is that he often knows your guitar limits better than you do and his lessons take you to the very edge of your capabilities. Also noteworthy is that when I expressed interest in Flamenco guitar, he referred me to another teacher, even though Jimmy plays nylon string guitar quite well. He’s a perfectionist in what he does and told me nylon string was not his forte. As others have said, he really is more of a guitar performance coach than an instructor. If you’re in Atlanta and want to take your guitar playing to the next level or even just visiting, give him a try.” 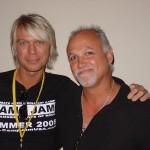 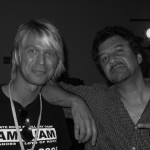